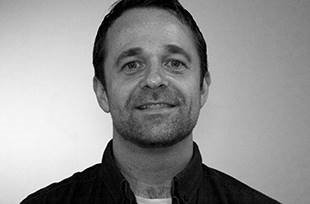 Trevor G. Shelton got his start in the entertainment business at Career Academy of Canada, a college where he graduated with a radio and television broadcasting degree. He landed a job working in radio where he was the radio station’s Programmer for dance and urban music, also working as the resident DJ at some of Toronto's hot spots. Trevor’s deejaying got him work doing remixes for A&M records and top independent labels, crossing artists over to radio and clubs where their music was heard around the world.

He has worked with some of the legends in the music business, including Michael Jackson, Shania Twain and Marvin Gaye. He was one of the executive producers and Music Producer on Marvin Gaye’s The Last Concert Tour (CD/LP) and presented Michael Jackson and his brothers with the Lifetime Achievement Award on their Victory Tour.

He went on to launch Rammit Records, an indie label distributed internationally by A&M/Polygram, Universal and BMG worldwide. The label continues to develop and fosters young and established artists in the industry. As a music Producer/Manager, he has been instrumental in developing some of Canada’s top artists, including Shania Twain’s First Time for the Last Time and Liberty Silver (Juno Award winner).

He is the Founder and President of the Urban Music Association of Canada, the company that produced the nationally aired Canadian Urban Music Awards. He has also served as the chairperson for the Juno awards' RnB/Soul advisory committee and a juror for FACTOR.

Throughout his career, Trevor has donated his time to organizing events for those less fortunate. He has worked with organizations such as: The United Way, Make A Wish Foundation, Women’s Habitat and The Sick Children’s Hospital Foundation.  He is very proud to have helped raise money for these worthy causes.