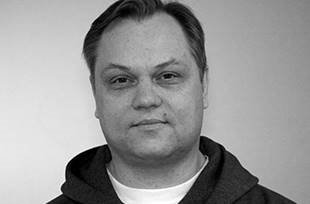 Darius is a Canadian-born Mixer, Engineer, Producer and Musician. He has been involved in music his entire life playing, writing, recording and producing music. Having worked with many top recording artists (including: Sum 41, Fe Fe Dobson, Bare Naked Ladies, Black Crowes, Big Sugar, Jann Arden and Holly Cole), Darius has achieved many Gold and Platinum awards and featured in monthly publications of Professional Sound Magazine and Mix Magazine Online.

Darius is a recognized, skilled professional throughout the industry, having earned this reputation through hard work. Darius has worked with many of the world’s top producers and engineers, including Joe Chiccarelli, Jim Scott, Michael Beinhorn, Terry Brown, Eddie Kramer, Bob Rock and George Massenburg. Darius has had the privilege of working in many amazing studios, both locally and abroad such as Jacobs Studio, The Carriage House, Cello Recording Studio, and Avatar Studios. Getting his big start at Metalworks Studios, he quickly moved on to Comfort Sound Studios and then Phase One Studios, eventually becoming Head Engineer.

Darius has been teaching at Trebas for over 20 years. He is currently teaching courses in Digital Audio, Sound and Recording Techniques, Recorded Music Production and Modern Production Projects.