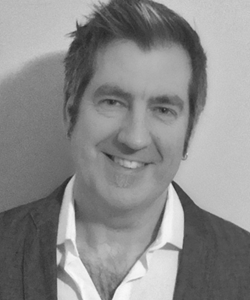 Jeff holds a Diploma in Audio Engineering and has worked in the recording industry for over two decades. Starting out as a drummer, Jeff made the transition to Producer/Engineer after recording and then touring around Canada. Studying under famed Producer, Jack Richardson (who produced hits by Guess Who, Alice Cooper and Kiss), he began his career as an Assistant, gradually working his way up to become a highly respected Freelance Engineer.

Over the past 15 years, Jeff has focused on recording voices and music for animated television shows and movies, which have gone on to receive numerous Academy, Annecy, Gemini, CSA and Emmy awards. Some shows of note include MTV’s Undergrads, Angela Anaconda, Dr. Seuss’s Cat in the Hat, Alicia Silverstone's BraceFace, Arthur, Esme and Roy, Franklin and Family Guy.

He has also directed actors for several webisodes, commercials and two seasons of Pirates for CBC. Along with his television work, Jeff has worked on several movies, including the open-road entertainment film, The Nut Job, which opened as the number one family movie in America. Jeff has also had the opportunity to work with some of Canada’s premier recording artists, including Jellystone, Kardinal, Dean Brody and the Breit Brothers on labels such as Warner, EMI and Sony.

Jeff is currently Head of the Audio Engineering Department. He also teaches Sound and Recording Theory.