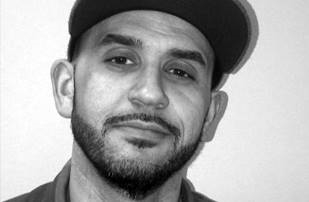 DJ Grouch has definitely left his mark in hip hop. He has performed with various Canadian and international hip hop stars, traveling across North America (Canada and the US) and Europe. He has played in almost every club and venue in Toronto. His razor-sharp scratches can be heard on numerous Canadian classics such as Saukrates Father Time rmx (1995), Elemental Living Under Water (1995), Grassroots f/ Arcee Thematics (1999), Nautilus Twelve/Record Making Manual (2001) and DL Incognito Rugged Raw (2003) and he’s recently featured on three tracks on the Moss-produced Special Reserve (2009) by Obie Trice, among many others.

In 2003, DJ Grouch, along with his partner, Contagious Theory, released their own wax under the moniker, Pherenziks. He has also DJ’d for many homegrown and international artists, including Jully Black, Melanie Durrant, Kardinal Offishall, Choclair, Thrust, Citizen Kane, Slum Village, Pharoahe Monch and Black Milk, and is currently DJing for Maestro Fresh Wes.

DJ Grouch is also proud to be a winner of the following awards:

As of late, his main focus has been on his production skills, releasing various edits, remixes and original tracks of different genres. Oscar teaches DJ Arts and Computer Music Production.