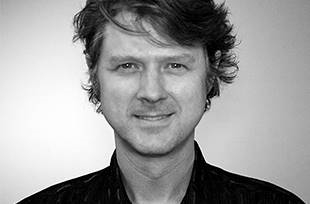 Buck Moore, maker of music, films and music videos since age 15, started professionally in the entertainment industry in 1988, after spending a year at Sheridan College studying animated filmmaking.

He is an Audio-Visual Consultant and expert witness, Filmmaker, Songwriter/Performer and Live Sound Specialist. Buck has run his own AV services since 1998, where he has planned, staffed, set up and/or operated over 4,000 live events to date, including thousands of musical acts, many at music festivals, special events and corporate presentations serving worldwide talent.

Buck has also shot and/or edited well over 100 film and music video projects, some of which served as successful internet marketing campaigns, while others played at film festivals or on television, including projects for NXNE, Bravo! CBC, Much Music and the Discovery Channel. The United Nations and Royal Ontario Museum have also experienced some of Buck’s work.

Buck is inventor of the D-Curve(™), a vocal pre-set for live sound and soundtracks, which is recognized and archived by the Audio Engineering Society (Toronto Chapter, 2016-2017), and has developed several entertainment-related innovations. Buck has been a Trebas instructor since 2001 and has since been awarded a 10-year plaque for dedication to professional education; he was also nominated for Excellence in Teaching in 2013 by Career Colleges Ontario.

Buck continues to be active in the fields of events and entertainment and keeps his finger on its pulse to help foresee and develop innovations that lie ahead. Additionally, he dedicates much of his free time to helping and hiring Trebas graduates to ensure they can get started in the industry.

Buck is a multi-discipline instructor, teaching in all the programs at Trebas Institute - Event and Venue Management, Entertainment Management, Film and Television and Post-Production and the Audio Engineering programs.